When I got in I was positively impressed - full house, it must be good. I was a bit taken aback by a couple who rose leaving an empty, unused, table but glad they did since it created a place for me. I was to regret this opportunity and understand their gesture later, much too later. The most inept team of (probably not professional) waiters, rushing all over yet doing mostly nothing of importance, you know, like paying attention to their customers. The beginning of my experience was kind of clumsily OK, when I had to practically assail a waiter to accept my order. OK, the beer was OK (they couldn't do anything about it, I guess), however when considerably later the soup arrived it was my warning for the "to follow": Too little, too salty, too hot, the immersed crumbs were limp and the sliced bread to go with it was dry and... they forgot to bring me a spoon. Then I set to wait for my pizza. Other tables were served kind of sporadically (not all guests at the same time, but... well... a loaded room), I started pitying a gentleman seated just across from me who seemed to wait eternally while I meanwhile got at least my soup but finally he got his pizza and I kept losing my patience (not my temper) and my beer kept getting as limp as the soup crumbs mentioned earlier. I kept giving them "one last chance" then angain onle last chance and again watching takee-away pizzas leave the establishment while my pizza was nowhere in sight... well, until about one hour after the soup I left half of my beer (it became undrinkable anyway) and asked for my bill WITHOUT the pizza, which they grudgingly accepted and finished the evening at a nearby famous hamburgers maker where i enjoyed myself to a well-deserved (and much cheaper) satiety. Do not go there, you'll regret it. 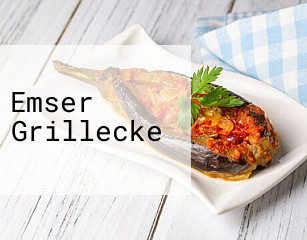